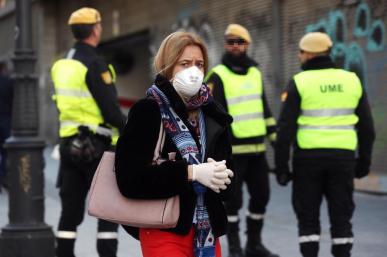 END_OF_DOCUMENT_TOKEN_TO_BE_REPLACED

As of July 2014, the ongoing Ebola virus epidemic in West Africa holds the record for being the worst outbreak in the recorded history of the virus. The outbreak – which has affected the countries of Guinea, Liberia, and Sierra Leone – now has more than a thousand cases, in which more than half of those are confirmed.

Infections of Ebola virus cause a viral hemorrhagic (bleeding) fever officially known as Ebola hemorrhagic fever or Ebola virus disease, a deadly disease with a fatality rate of up to 90%.

DEADLY VIRUS. This colorized transmission electron micrograph (TEM) obtained March 24, 2014 from the Centers for Disease Control (CDC) in Atlanta, Georgia, reveals some of the ultrastructural morphology displayed by an Ebola virus virion. Photo by Cynthia Goldsmith/CDC/AFP

Though more concentrated in parts of Africa, history shows that cases of infection have popped up in other countries as well, particularly here in the Philippines.

Here are few things that you need to know about Ebola virus and the disease that it causes.

2. Ebola cases have also occurred in countries outside Africa, including the Philippines.

One case of human Ebola virus infection was recorded in the UK in 1976 after a laboratory accident.

In 1989, 1990, and 1996, the virus was detected in primate facilities in the Philippines that exported monkeys all over the globe, leading to 3 cases of viral infection among humans. In the same three years, monkeys exported from said facilities introduced the virus in the USA, causing 4 cases of human infection.
END_OF_DOCUMENT_TOKEN_TO_BE_REPLACED

Users on a jailbreak subreddit have discovered a new kind of malicious software on iOS phones. The malware, which comes as a library called unfold.dylib, was uncovered after a Reddit user complained of crashes in Google Hangout and Snapchat.
The threat, which has been nicknamed “unflod baby panda,” is rumored to be of Chinese origin. There are several factors that support this theory. According to German mobile security firm SektionEins, the infection is digitally signed with an iPhone developer certificate under the name Wang Xin. Also, the malware, which steals the Apple ID and password of users, sends the information in plain text to 23.88.10.4, which appears to be a Chinese website from the error message it displays. However, these could all be fake. SektionEins even raised the possibility of certificate theft. So for now, no one knows where the malware came from and how it got into iOS devices.
END_OF_DOCUMENT_TOKEN_TO_BE_REPLACED