Democracy assistance has little chance of being effective without the carrot and stick of conditionality?

Definition carrot and stick: Strategy often used in negotiations where one side offers the other something it wants while threatening negative sanctions if the other side does not comply with its requests.

Ever since the fall of the Berlin Wall, there has been confusion for disagreement over the primary purpose(s) of political strategies of external support for democratization and their theoretical justification. Carothers’ idea of a ‘‘democracy template’’ (1999:88) comprising electoral process, state institutions, and civil society, reflecting an idealized view of U.S. liberal democracy arranges the typical components of conventional democracy support. First, there are goals for each of these three ‘‘sectors,’’ such as free and fair elections, and then individual forms of assistance, for example; international election observation. The simplest strategy for support refers to choices among these three sectors and their components.[1]

Democratization assistance is an established and growing industry. Yet, in a survey of 40 democracies; efforts to protect and promote democracy abroad, only three countries (Canada, the Netherlands, and Sweden) were rated ‘‘very good’’[2]. Thus, it seems there is scope to do better. In contrast, two problematic aspects of democratization after intervention are the regional environment of the new democracies and the economic structure of the country. Several empirical studies indicate that the prospects for democracy are worse for countries that are located in non-democratic neighbourhoods [3] and that stable democracy is less likely in poor or oil-dependent countries.[4]

Conditionality can be defined as an agreement between two actors, in which actor 1 offers a reward to actor 2. This reward is granted if actor 2 fulfils certain conditions. In case the conditions are not met by actor 2 the reward is simply withheld (positive conditionality) or punishment follows (negative conditionality). To exert conditionality as a reward-based policy between two actors, asymmetric negotiation power has to be in place. This means that actor 1 has to be able to offer attractive incentives which actor 2 wants to have and cannot achieve easily. When analyzing social interaction from an incentives- and interest-based position, conditionality is first of all understood as a mode of action. Additionally, it can be used purposely as a political strategy to apply a reward-based policy between two political actors and to institutionalize asymmetric interaction. In this case, conditionality can be used to promote democracy by combining attractive rewards with certain conditions of democratic development.

END_OF_DOCUMENT_TOKEN_TO_BE_REPLACED 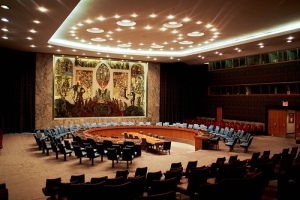