Has anything changed for best yet? 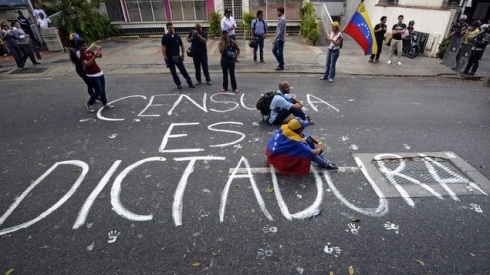 For over a month now, tens of thousands of Venezuelans have taken to the streets in protest.

These students were standing for basic human freedoms and engaging in the right to protest, which is a sacred right whether in Boston, Belarus, or Venezuela. The government of Venezuela responded with heavy-handed repression. Within two weeks Leopoldo Lopez, the leader of the opposition party, Voluntad Popular, called for nationwide peaceful demonstrations to address the problems facing the country. These problems include chronic food shortages, the highest inflation in the world and ongoing censorship of the media. Even the Oscars were not allowed to be broadcast – for the first time in Venezuelan history.

More than 1,400 students were arrested, there are more than 40 confirmed cases of torture and Leopoldo Lopez still sits in a Venezuelan military prison. He has urged the students to exercise their legal rights to peaceful protest and free speech and he repeatedly emphasized they must do so without violence. President Maduro has blamed Lopez for the violence that has beset the country and ordered his arrest on charges of murder, arson and terrorism. To date, the government has presented no evidence of the charges against him and their legal case is falling apart.