PanGu, an Apple Inc. (NASDAQ:AAPL) iOS 7.1.1 jailbreak was released on Monday, enabling users to do more with their iPhone 5S, iPad Air and other iOS devices.

Commotion and curiosity about the PanGu jailbreak, a tool used to remove software limitations on iOS, rose out of the iOS jailbreak community early on Monday before the release of the previously rumored PanGu jailbreak. While proof of the existence of a working iOS 7.1.1 jailbreak has made the rounds around Twitter and the Reddit /r/Jailbreak community, no jailbreak tools have been publicly released, until now.

Stefan Esser, better known to the jailbreak community as i0n1c, sent out two tweets criticizing the release of PanGu on Monday. In the tweets, Esser took particular issue toward the PanGu jailbreak developer team, suggesting that iOS security bugs he disclosed to the team during an iOS security training session were used to develop the jailbreak.

iOS 8 was unveiled at Apple’s Worldwide Developers Conference on June 2. A beta version of the software was made available to developers that same day, with a public launch slated for the fall of 2014.

Improved integration between Apple devices, both mobile and desktop, is a major focal point of both iOS 8 and OS X Yosemite. Apple introduced several new “Continuity” features that are designed to connect the iPhone, iPad, and Mac “like never before.”

AirDrop, Apple’s peer-to-peer file sharing protocol, now works between iOS and Mac devices. Handoff, a newly introduced feature, works on the same sharing principles and lets users start a task on one device and instantly pick it up on another.

Along with sharing tasks with Handoff, iPads and Macs can both place and answer phone calls using the iPhone as a relay. Using this same functionality, Macs and iPads are able to receive SMS messages via the Messages app, which was previous limited to iMessages on those platforms.

The Messages app has new options that let users manage (and leave) group conversations, and the app supports quick voice messages and videos. Typing within Messages and other apps is also much easier, thanks to a new QuickType predictive keyboard. Third-party keyboards can also be installed.

Apple has debuted a new iCloud service called iCloud Drive, which works similarly to Dropbox. iCloud Photo Library, a part of iCloud Drive, has been built into a redesigned Photos app to make all of a user’s photos accessible on every device. Photos has also gained new editing tools, while the Camera app has a new time-lapse mode and a built-in timer.
END_OF_DOCUMENT_TOKEN_TO_BE_REPLACED 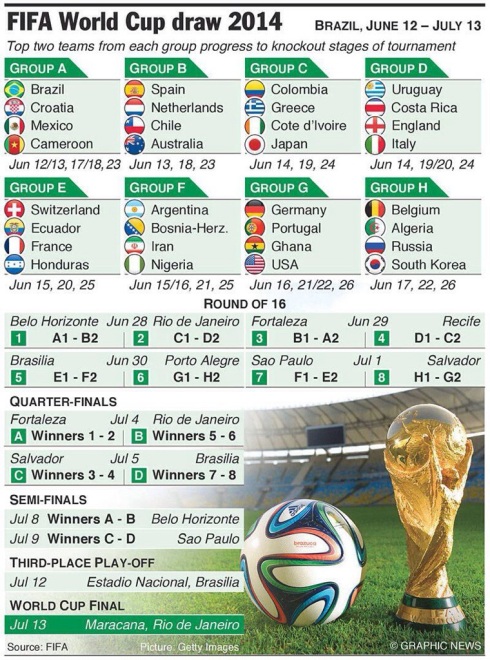 One pic says it all.

END_OF_DOCUMENT_TOKEN_TO_BE_REPLACED

Who Won The European Elections 2014?

Ukip has swept the European elections, taking 4,351,204 votes, ahead of Labour by around 300,000 votes., roughly the same number of votes that Ed Miliband’s party bested the Conservatives by.

David Cameron was beaten in the third place for the first time in living memory, with his coalition partner the Lib Dems losing all but one of their 10 MEPs, their vote share down by 6.8%.

A ballot box containing votes in local elections is emptied at Trinity School in Croydon
The BNP suffered annihilation, losing 5.1% of the vote and losing their MEP, leader Nick Griffin.

With dozens of parties on the ballot paper across the country, all managed to pick up a few thousand votes. In last place was Liberty GB, with a mere 2,494 votes. The tiny party was created by “disgruntled members” of the BNP, according to the Guardian.